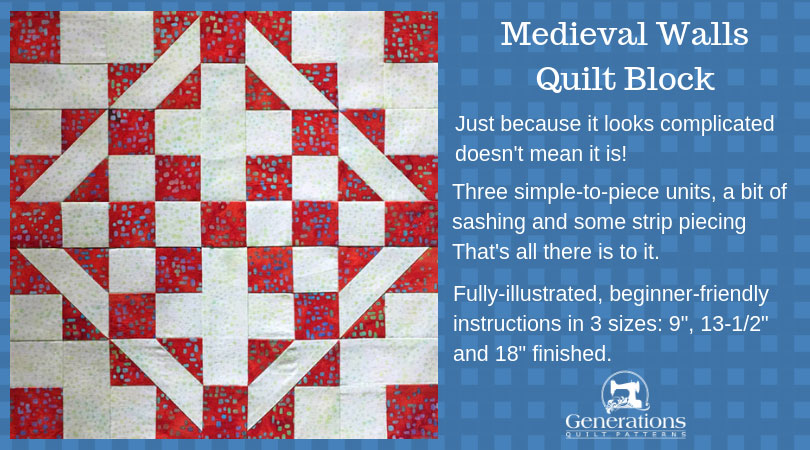 Want to make this block another day? Pin it for later.

Use the links below to navigate to other sections of the tutorial.

In this tutorial you'll find:

Don't forget to 'Like' this page below if this tutorial is helpful to you.

Not sure what to do with this block?

If you've followed the pressing instructions (highlighted in yellow) all the seams in this block will nest or lock together.

That makes matching the seams SO MUCH EASIER.

With RST stitch the units together, joining the sides with #1/#3 and #7/#8, repeating for a total of four pairs.

Press the SA towards the BW unit.

For this set, we'll stitch a BW to a four patch. 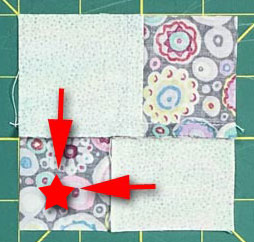 Remember that when we constructed our 4-patches that both SAs were pressed in toward one dark square as shown here.

I've marked that dark #6 square with a red star in the photos so you know where it goes.

If it helps, put a pin or safety pin or something so that you can quickly identify which square it is in your own four patches. It'll make assembly much easier. 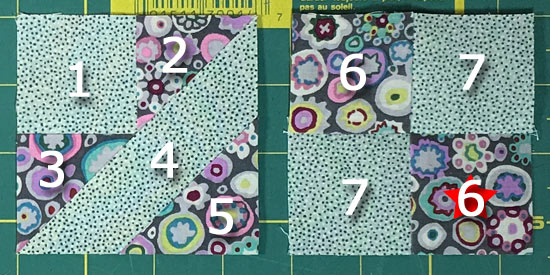 Brush up on your pinning techniques if needed here. You'll want a good match between the points and squares (#5 and #6/#7) where they meet.

With RST stitch four of these pairs. These SAs are pressed toward the BWs. 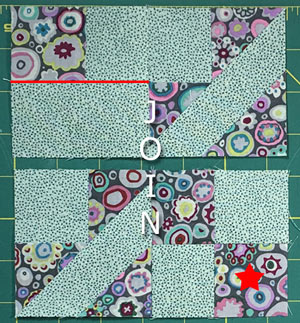 One last seam and our corners are ready.

Arrange one of each pair as shown here, dark #6 from the first pair in the upper left, dark #6 with both SA pressed in towards it (red star) in the second pairing in the lower right.

With RST, pin as needed to get a good match.

Press this SA away from the pair containing the four patch.

After stitching it looks like this, though your's won't have a red line and red star on it. :) 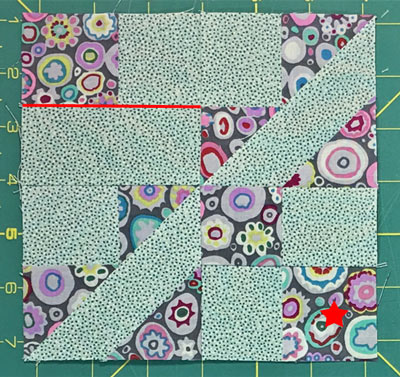 To create the Medieval Walls design arrange the four corners and sashing units as shown below.

The light background trapezoid shapes (Patch #4) forms pairs of diagonal bars in the block when everything is laid out correctly. 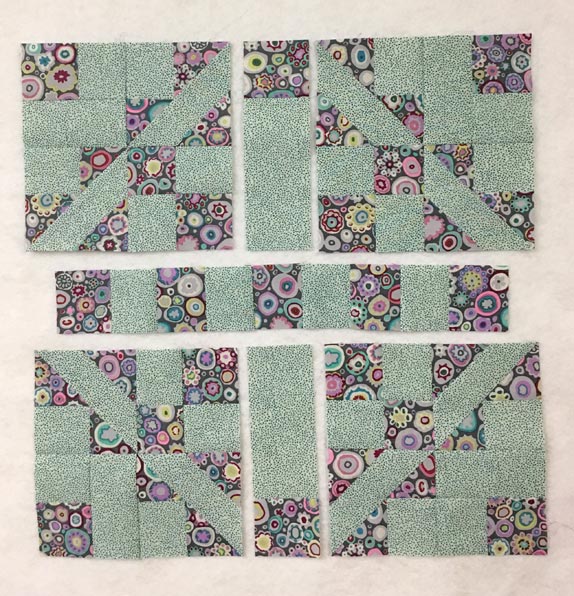 Oops! Looks like someone near and dear to me sewed the center row together before she took the picture. I'll have to speak to her about this! :)

With RST, join the units in each row together.

I've pinned again to get a good match between the squares and points in the design.

Press SAs in the direction of the arrows. 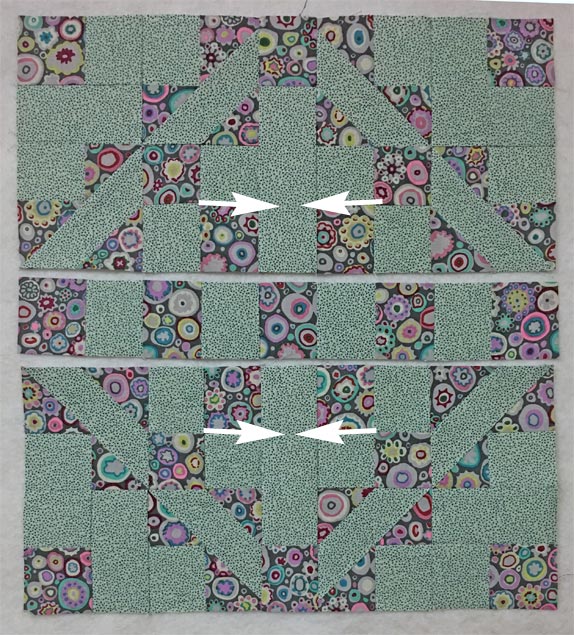 Our Medieval Walls is almost done!

All that's left is to stitch the rows together. If you've followed the pressing directions all the adjacent seams in each seamline nest to make matching them pretty easy. 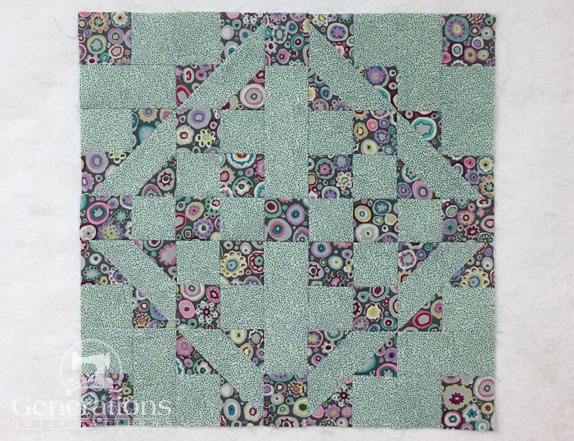 Voila! The Medieval Walls quilt block is ready for a quilt...or it's big enough to maybe become a pillow. Who'd a thunk it?!!

Now that you've discovered just how straight forward it is to make this rather complicated-looking block, there's a question...

Do you want to see some of the design options you have with this block?

5 easy sashing ideas in both straight and diagonal or on-point settings.

What about a different quilt block?

For a list of ALL the quilt block patterns on this site, start here.

If you know the name of the block, you can shorten your search by using these alphabetical links:

Click here if you're looking for blocks with at least some paper piecing.

And finally, use these links to find blocks in these finished sizes: