Sewing Machines with Plastic Parts - Will they last?

I love my machine, a Brother C6000, but wonder how many years it will last.

My old Singer, straight stitch from the 1950's is still running smooth and perfect after years of use, as it is all metal.

The new machines have a lot of plastic in the body, and are computer run, so I doubt that 60 plus years from now someone will still be using this machine as a workhorse. But, for the price, it is a fine machine out of the box.

I used to wonder about this, too.

When I got my first new machine in the mid-90's (a Viking #1+) there was a product called Sewer's Aid, a liquid silicon applied directly to a spool of thread to make the thread glide through the machine more smoothly.

I can remember watching a PBS sewing broadcast (probably 'Sewing with Nancy') and being told to put the silicon on a Q-tip instead of the spool. Then tape the end of the Q-tip to the area of your machine just above the needle—all because silicon and plastic parts weren't good for each other.

Luckily, I've never needed to use Sewer's Aid and never had to test the validity of this warning.

Since then I've, once again, bought a new machine (Viking D1) and inherited a newer Viking SE from my mother.

And I'm not so worried about the plastic parts anymore for several reasons.

Just like personal computers and cars and cell phones, we are constantly wooed by newer upgraded models of the things we already have...

I, like you, think by it's very nature, a sewing machine with a computer in it WILL become obsolete before it wears out. If nothing else, but because the software and computer parts themselves change so fast.

...or should I say indestructible.

We worry these days about all the plastic in landfills that will take forever to decompose. It just doesn't fall apart.

In all these years the only part that has actually broken on my sewing machine is the foot pedal. I dropped it. Now if it had been metal, like the olden days (I'm 50, so I do remember back that far!) I don't believe it would have cracked.

I had it replaced anyway. But that's all that's broken in almost twenty years of sewing on machines with plastic parts.

It's cheaper and lighter...

...which means we can have more machine for fewer dollars. Lighter parts reduce shipping costs and that saves us money, too.

Many of us, who could only afford one machine, purchased an embroidery machine. I am grateful for the plastic parts inside of that baby. I can't even begin to imagine how heavy it'd be if it was all metal. And IT was the machine I took to classes, retreats and bee for the longest time.

My first machine was a Singer, too, a Slant-o-matic, that was originally my mother's from the late 50's. I've still got it, and it still runs/stitches just fine. Quite frankly, it will probably survive me.

But if truth be told, I love all the bells and whistles my newer machines have. I know they reduce the time it takes to complete a quilt top (...that pivot function is the cat's meow!)

So if the plastic parts mean I can quilt more, then I'm all for it!

Readers, what do you think about the plastic parts of your sewing machine. Do they make a difference to you? Good, bad or indifferent? We'd love to read what you think.

Dori, thank you for sharing your thoughts. 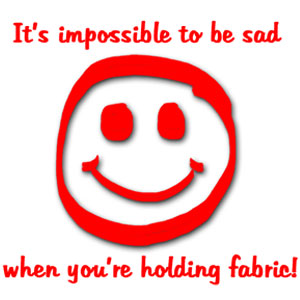 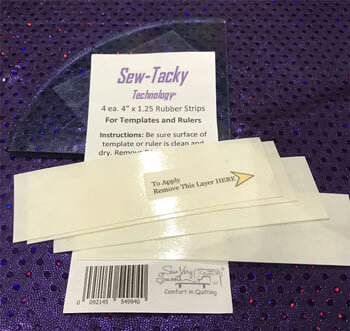