The top thread breaks. An inspection of the broken end of the thread shows that one of the thread strands have broken and bunched up while remaining strands stayed threaded through the needle for a short time before breaking. Why is this happening?

It's a really frustrating problem, but there are a number of possible reasons for what's causing the problem.

Remember, after each adjustment, test on a quilt sandwich made from the fabrics in your quilt.

If after all this, your thread is still breaking, it's time for a visit to your sewing machine dealer for a check up.

One year at Christmas, I was making quilts for everyone in the family and, of course, started after Thanksgiving.

As I would pull the stitched pieces out from under the needle to cut the threads, I wasn't raising the needle uptake arm to its highest position (and thereby opening the tension disks). Because there was tension on the thread as I pulled it out, it wore a groove into the bobbin mechanism that interrupted the flow of thread. It caused my thread to keep breaking. It was a simple repair job and took just a few of days. But REALLY bad timing.

The moral of my problem...just remember to have your uptake arm in the highest position when you are pulling on the thread in any way!

I hope one of these suggestions fixes your problem.

Let us know how it goes. 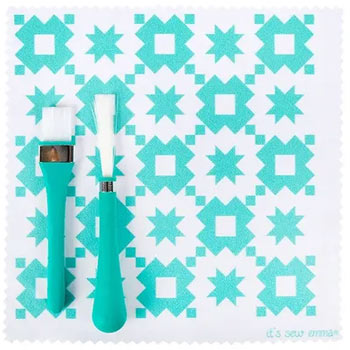